Our Foundation organizes a series of events with the participation of the largest Gospel music choir in southern Denmark.
31 May 2019 0 comment
(1 Vote)
Daniel danciu 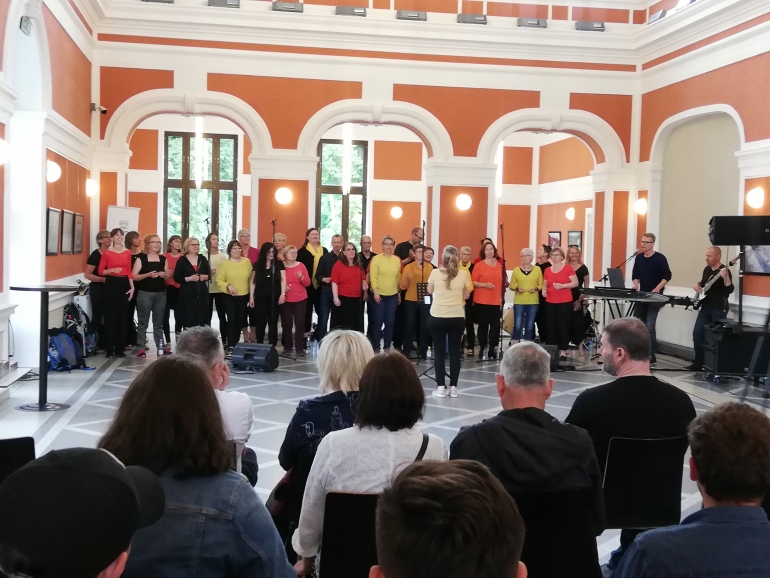 The first event took place at the Central Park Casino Cluj-Napoca, the Cultural Center. They sang contemporary gospel music - including songs from the international repertoire as well as composer and conductor Steffen Bay.

At the end of the program, Neil Harvey, from Wales ex- drug addict, and a member of a notorious gang of traffickers in the capital of England, spoke about the change that God made in his life after he met Christ in the cell of a penitentiary in England. He is now a pastor and a writer. At the end of the meeting we distributed his book "Uncaged" which was also translated into Romanian.