On 01.06.2019, the South City Gospel choir from Denmark visited the Aiud Maximal Penitentiary. Approximately 100 people in the penitentiary custody have listened to the Gospel songs performed by the 35 members of the choir.
19 Jun 2019 0 comment
(0 votes)
Daniel danciu 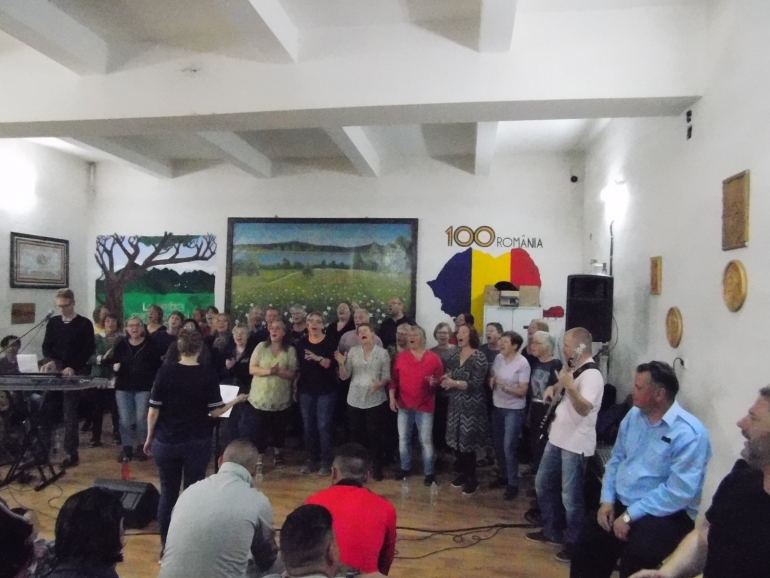 At first, the choir sang in the penitentiary club in the presence of about 50 people deprived of their liberty. Even if at first they looked at us reluctantly, they gradually opened their hearts and resounded with joy at our program. Finally, they listened to the testimony of Pastor Neil Harvey of Wales. He told them how the love of God found him in one of London's penitentiaries, where he was imprisoned for the drug trafficking he was involved in when he was a member of a notorious band in England.

The book "Uncaged," in which Neil narrated his life, was offered to those present.

On the way to the exit, the choir also sang in the courtyard of the penitentiary for those in their cells in the high security sections that could listen to them from the windows.

The day ended with a visit to Turda Salt, where Danish guests were impressed by the grandeur and beauty of this tourist attraction.