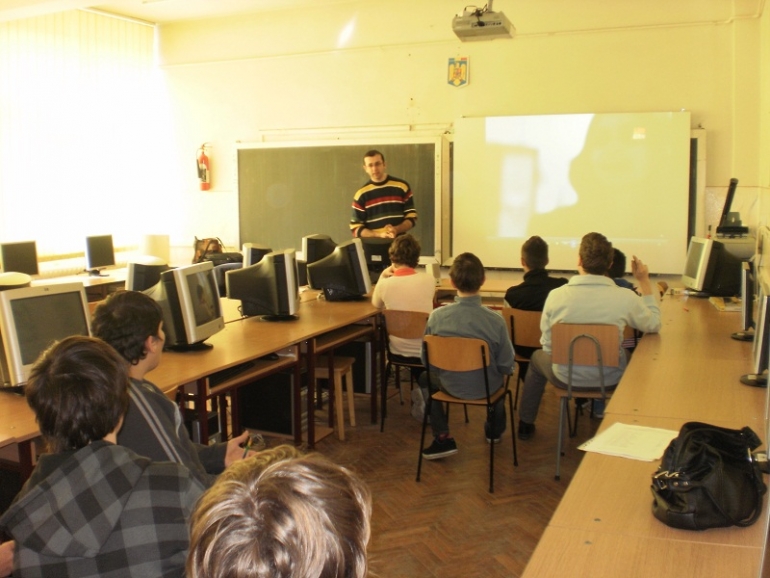 During the 28th and 29th April 2012, Rescue Humanitarian Foundation in collaboration with Aiud Prison and Nicolae Titulescu School of Cluj-Napoca organized two visit for 55 students of class VIII, from Nicolae Titulescu School Cluj-Napoca in Aiud Prison.
The aims of the visit were to prevent juvenile delinquency and crime among students and learning from the mistakes of others, in this case the inmates from prison.
After we realized an immerse of students in the prison environment through a tour where student have had the possibility to view the condition of detainers and discussion of issues related to the administrative organization of the prison, we attended a meeting with inmates from Aiud Penitentiary. The meeting works as a debate, in the beginning the inmates presented their life story and the way they commit the penalty, then followed questions and comments from students. Inmates have presented their own experience and possible factors that have influenced in reaching in prison. The meeting resulted in the pointing of factors that lead to committing a crime: lack of education, group of friends and peer pressing, family problems(one-parent family, disobeying parents), alcohol and drugs use, the possibility of a high gain in a short time.
The meeting was chaired by staff from Psychosocial Service from Aiud Prison, Horea Nistor Rescue Foundation psychologist, school psychologist Lorena Muresan with participation of teachers accompanying.