Meeting with the Youth - Aiud

In February, the month of Love, the Rescue Foundation, along with other volunteers, visited some youngsters in the Maximum Security Penitentiary in Aiud where God's Love was presented.
0 comment

Volunteers from the Rescue Foundation of the Relevant Church Cluj and Adoratio Floreşti together with the Foundation's representatives visited 23 young people imprisoned at the Aiud Penitentiary, aged between 18 and 21 years old.

Because in February we all talk about love, those who visited the Penitentiary decided to talk about the same subject showing to everyone the love of God.

The program was split in three parts: in the first part a representative from the Aiud penitentiary said a few words and in the second part of the program the volunteers sang and had a message about what love really means and that it has a deeper meaning than the one presented to us in everyday life. The message was based on the text from 1 Corinthians, Chapter 13.

At the end of the meeting for about an hour, alongside the people deprived of liberty who attended the meeting, pizza and juice was served and the volunteers tried to socialize with the young people who came to the event.

Along with the 14 volunteers we prayed for those boys that God will touch their lives and change their future. 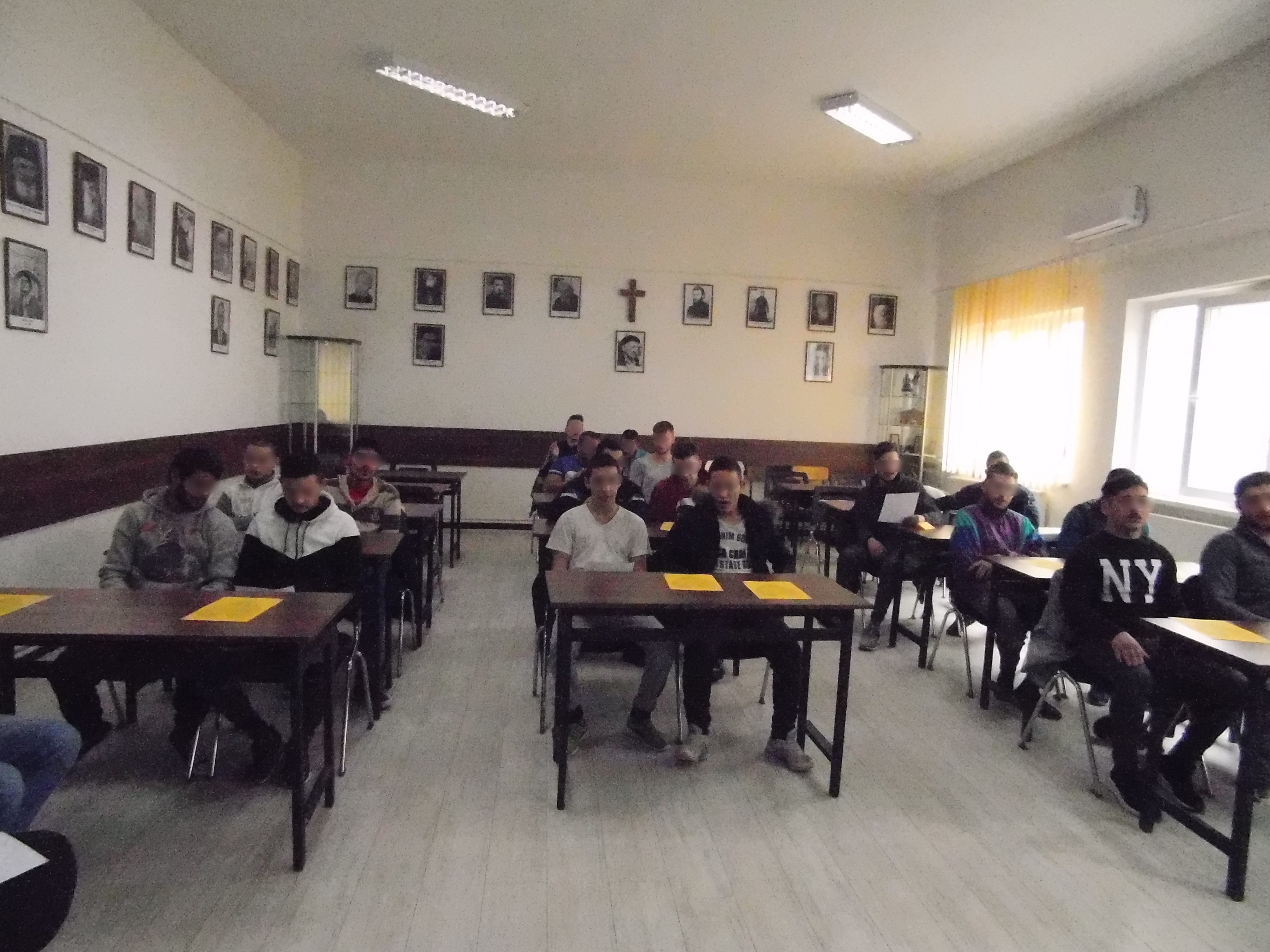